Leah Lefkove, 9, shows off her vaccination sticker just before being the first child to be vaccinated at the Viral Solutions vaccination and testing site in Decatur, Ga., on the first day COVID-19 vaccinations were available for children from 5 to 12 on Wednesday, Nov. 3, 2021. The U.S. enters a new phase Wednesday in its COVID-19 vaccination campaign, with shots now available to millions of elementary-age children in what health officials hailed as a major breakthrough after more than 18 months of illness, hospitalizations, deaths and disrupted education. (AP Photo/Ben Gray) 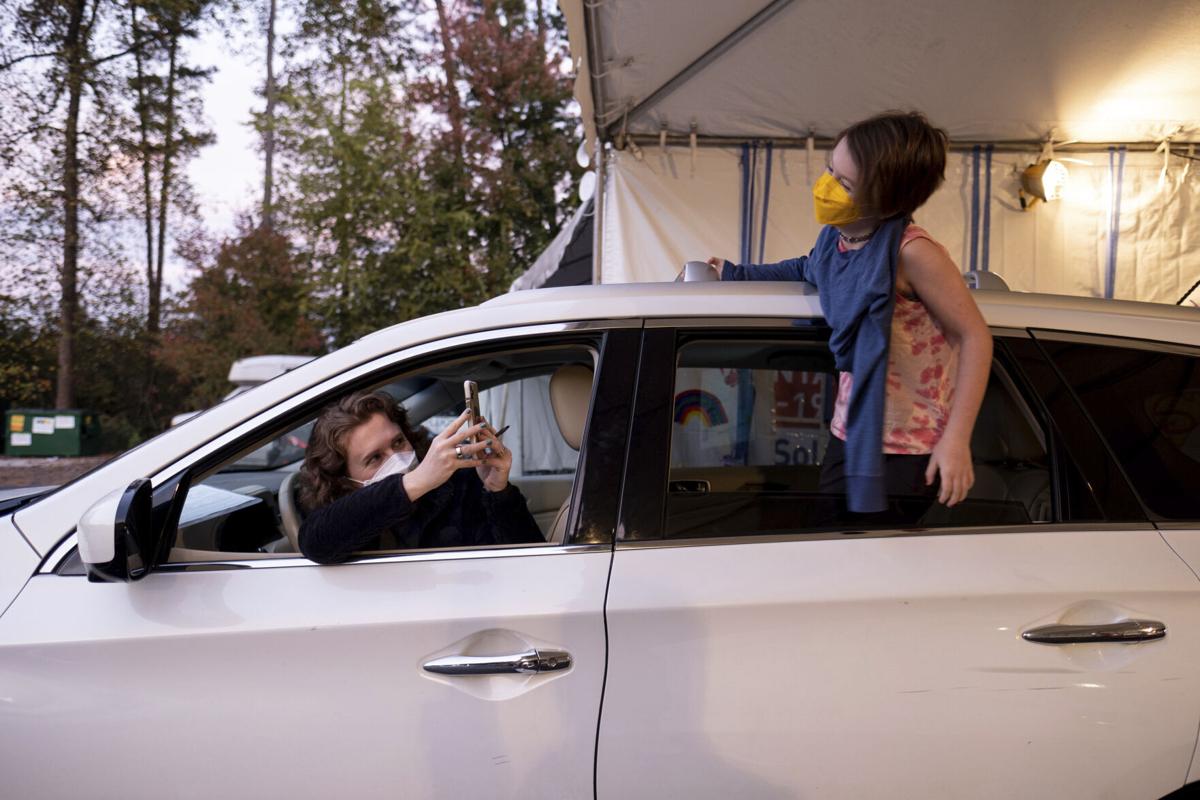 An excited Cate Zeigler-Amon, 10, hangs out of the car as she waits with her mom, Sara Zeigler, to receive her first dose of COVID-19 vaccine at the Viral Solutions vaccination and testing site in Decatur, Ga. on the first day COVID-19 vaccinations were available for children from 5 to 12 on Wednesday, Nov. 3, 2021. The pair arrived one and a half hours before the site opened to be first in line. (AP Photo/Ben Gray)

The U.S. enters a new phase Wednesday in its COVID-19 vaccination campaign, with shots now available to millions of elementary-age children in what health officials hailed as a major breakthrough after more than 18 months of illness, hospitalizations, deaths and disrupted education.

Keep scrolling for the latest vaccination numbers and new cases across the U.S.

“This is not going to be ‘The Hunger Games,'” said Dr. Allison Arwady, Chicago’s public health commissioner, referring to the chaotic early national rollout of adult vaccines nearly a year ago. Chicago expected to have nearly enough vaccine in just the first week for nearly half of its 210,000 school-aged children, and many more doses later on.

“Our goal is to be ready, have a calm rollout,” Arwady said.

Vaccinations finally are available to U.S. children as young as 5, to the relief of some parents even as others have questions or fears.

Kid-sized doses of the Pfizer-BioNTech vaccine cleared two final hurdles Tuesday — a recommendation from CDC advisers followed by a green light from Dr. Rochelle Walensky, director of the Centers for Disease Control and Prevention.

The actions mean sleepovers, playdates and family get-togethers put off for more than a year will be back on the agenda for many kids, along with a chance for fewer school interruptions.